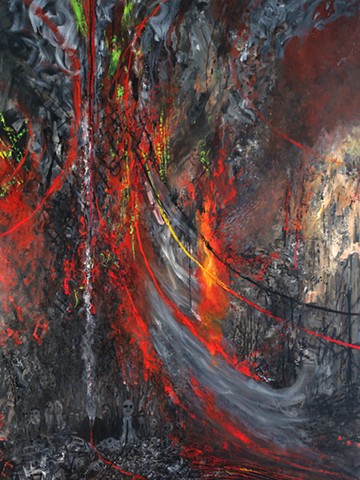 Burning the Cloud
oil on canvas
68x51 inches
next >

This is from a body of work originally titled "1933-2017". 1933 was the year when Hitler became chancellor, 2017 the year when Trump was inaugurated president. Burning the Cloud refers to the administration's immediate restriction of public access to scientific climate change information residing on the internet. This is analogous to Nazi book-burning. Included are references to white supremacist symbols of hatred, environmental destruction, big business, and shady characters.